Timothy Blake Nelson (born May 11, 1964) is an American actor, writer, and director. He was born into a Jewish family[1] in Tulsa, Oklahoma. He currently portrays Wade Tillman in HBO's Watchmen.

Nelson attended the Oklahoma Summer Arts Institute at Quartz Mountain Resort Arts and Conference Center in Lone Wolf, Oklahoma. [2] He is a 1982 graduate of Holland Hall School in Tulsa, and a graduate of Brown University, where he was a Classics major as well as Senior Orator for his class of 1986. At Brown, he studied under the philosopher Martha Nussbaum. [3] He is a member of the Phi Beta Kappa Society. Nelson won the Workman/Driskoll award for excellence in Classical Studies.[4] He graduated from Juilliard in 1990, a member of Group 19.[5] On May 8, 2009, he was inducted as an honorary member of the University of Tulsa's Beta of Oklahoma chapter of the Phi Beta Kappa national collegiate honor society. [6]

As a playwright, Nelson's play, Socrates opened at The Public Theater in 2019, starring Michael Stuhlbarg.[7] It was favorably received by numerous publications, including the New York Times.[8] 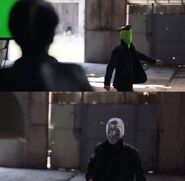 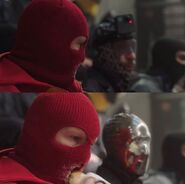 Retrieved from "https://watchmen.fandom.com/wiki/Tim_Blake_Nelson?oldid=17479"
Community content is available under CC-BY-SA unless otherwise noted.