Before Watchmen is a series of comic books published by DC Comics in 2012. Acting as a prequel to the 1986 12-issue Watchmen limited series by writer Alan Moore and artist Dave Gibbons, the project consists of eight limited series and an epilogue one-shot.

Moore stated in 1985 that if the Watchmen limited series was well-received, he and Gibbons would possibly create a 12-issue prequel series called Minutemen featuring the 1940s superhero group from the story. DC offered Moore and Gibbons chances to publish prequels to the series, such as Rorschach's Journal or The Comedian's Vietnam War Diary, as well as hinting at the possibility of other authors using the same universe. Tales of the Comedian's Vietnam War experiences were floated because The 'Nam was popular at the time, while another suggestion was, according to Gibbons, for a "Nite Owl/Rorschach team" (in the manner of Randall and Hopkirk (Deceased)). Neither man felt the stories would have gone anywhere, with Moore particularly adamant that DC not go forward with stories by other individuals. Gibbons was more attracted to the idea of a Minutemen series, because it would have "[paid] homage to the simplicity and unsophisticated nature of Golden Age comic books—with the added dramatic interest that it would be a story whose conclusion is already known. It would be, perhaps, interesting to see how we got to the conclusion."

In 2010, Moore told Wired that DC offered him the rights to Watchmen" back earlier that week, if he would agree to prequel and sequel projects. Moore said that "if they said that 10 years ago, when I asked them for that, then yeah it might have worked ... But these days I don't want Watchmen back. Certainly, I don't want it back under those kinds of terms." DC Comics co-publishers Dan DiDio and Jim Lee responded, "DC Comics would only revisit these iconic characters if the creative vision of any proposed new stories matched the quality set by Alan Moore and Dave Gibbons nearly 25 years ago, and our first discussion on any of this would naturally be with the creators themselves."

Following months of rumors about a potential Watchmen follow-up project, in February 2012 DC announced it was publishing seven prequel limited series under the "Before Watchmen" banner: Rorschach, Minutemen, Dr. Manhattan, Comedian, Silk Spectre, Nite Owl, and Ozymandias. Among the creators involved are writers J. Michael Straczynski, Brian Azzarello, Darwyn Cooke, and Len Wein, and artists Lee Bermejo, J. G. Jones, Adam Hughes, Andy Kubert, Joe Kubert, and Amanda Conner. Each issue will featured an installment of the backup series "Curse of the Crimson Corsair", written by Len Wein and featuring art by original Watchmen colorist John Higgins, and the project will conclude with a Before Watchmen: Epilogue one-shot. Each of the seven limited series will have from four to six issues, with thirty-five issues (including the epilogue) in total across the series. Gibbons stated, "The original series of WATCHMEN is the complete story that Alan Moore and I wanted to tell. However, I appreciate DC's reasons for this initiative and the wish of the artists and writers involved to pay tribute to our work. May these new additions have the success they desire."

Moore criticized the project, calling it "completely shameless", and stated he was not interested in monetary compensation, but rather “What I want is for this not to happen.”

On August 25, 2012, DC announced that the Before Watchmen prequel will be extended with a two-part Moloch miniseries, with J. Michael Straczynski writing and artwork by Eduardo Risso. 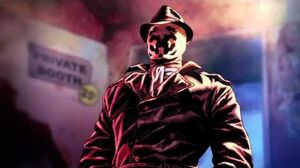