Aline is a young, middle-class lesbian and the lover of Joey.

Aline is young and pretty, she works in a magazine with a lot of middle-class gay urban professionals ("guppies", as Joey scornfully calls them). She uses words like "relationship" rather than "dating" or "shacking up". She thinks the area round the Promethean offices is a "dump". Being younger, she follows youth fashions, affecting a Knot Tops image, which might seem 'tough', but in gangs like the knot tops (or real-world skinheads and bikers), 'chicks' are often expected to be submissive to their men, so it doesn't contradict her 'femme' role.

Aline is a member of GWAR and an active supporter of gay causes. Joey finds this exasperating and wants to know why they can't just go to bed together without it being a cause. Joey sometimes "really tries", as they both put it, to keep up with Aline's enthusiasms. for example getting Bernard to advertise a GWAR event ("Your stupid dyke disco") at his newsstand (where she buys Hustler, which disgusts Aline). She does this in an aggressive manner, threatening to rip Bernard's balls off if he doesn't cooperate.

She gets killed by the Alien Monster. 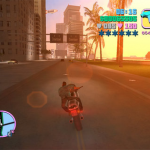