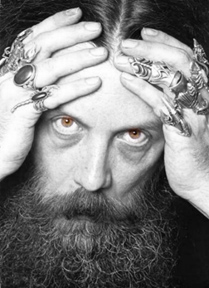 Alan Moore is an English writer and writer of Watchmen, illustrated by Dave Gibbons.

Moore approved and consulted in the creation of the DC Heroes role-playing game modules Watchmen: Who Watches the Watchmen?, Watchmen: Taking Out the Trash, and Watchmen Sourcebook.

Watchmen has become one the most influential and debated stories ever published by DC. Moore is uncredited on its 2009 film adaptation and 2019 television series and receives no royalties at his request, like all live action adaptations of his work.