What's on your mind?

Before I read Watchmen, I was rather reluctant to read comics from that era. I had some hard feelings towards them for turning superheroes into mindless dickwards, but sometime later I thought "You know what? I'll give this a try."

And do I regret this decision? No! So let's see why I loved Watchmen so much.

Now reviewing this comic 36 years after the first issue was published, as a 15-year old who was born 20 years after it finished, and being raised with more silver-age heroes, You know I'll find it rather dated. And as much as I love it, I have to agree-with it's 80's bred cynicism and threat of nuclear war with the Russians, it's a rather dated comic. But I still love Watchmen for its more serious take on the genre. I love how Alan Moore managed to portray the heroes as real people more often than in other Dark Age-era comic books. And although I said it was rather dated, I don't think it was TOO dated-the comic holds up a lot better than other late 80's-early-to-mid-90 comics, purely because it knew when to have them be bastards. They aren't always murderous vigilantes, they're simply normal people trying to survive the worst the world can throw at them.

Out of all the characters, my faves were Nite Owl, Manhattan, and Rosharch.

Rosharch represents my dark side-a knight templar who will go to any extremes to destroy what I consider wrong.

Nite Owl represents my regretful, old-soul side, the side that comes out when Rosharch is under control. Regretful, sometimes sad, and wanting to leave behind what just happened.

Doctor Manhattan represents my normal side-kind-hearted (If I interpreted the guy right), but a confused outsider, and a bit of a superiority complex. He believes himself higher than humans, and he's not wrong (single-handedly winning Vietnam is more than enough proof). But at the same time, he's as low as them, as any complex like that will do.

Are there flaws to the comic? Yes, and here are a few.

While I understood the satire, The Cold War tensions were kinda flat. Because I believe that nuclear war is so bad that it'll never happen, It was kinda hard to understand it. But I did get the whole "extinction of humanity" threat.

I also wish that the heroes actually had powers. That would've been rather cool.

But what do I score Watchmen with? 8/10. It's not perfect, like it's characters, but it's defintly worth of a read. I highly recommend it.

The new movie about Watchmen can be removed thanks to the comic book "Watchmen: Doomsday Clock" I think it would be a very cool movie, because we will see Mime (Marcos Maze) and a Puppet (Erica Manson) in the film version, the Comedian's return as Jeffrey Dean Morgan, the return of Rorschach (though not the former one), the confrontation between Dr. Manhattan and Superman, the meeting of DC heroes (Batman, Superman, Wonder Woman and others) with the Watchmen, and also perhaps we will see Carver Coleman.

I recall the original actress for pirate jenny was named adelaide clemens but she never got to play her, does anyone know if she ever got to film her scenes as jenny before being recast and if so where could they be found?

Before Zack Snyder's film adaptation of Watchmen came out in 2009, Watchmen: Motion Comic was produced as a twelve-episode adaptation of each of the graphic novel's twelve issues, from mid-July of 2008 to late-February of 2009. This is its front cover on home media. 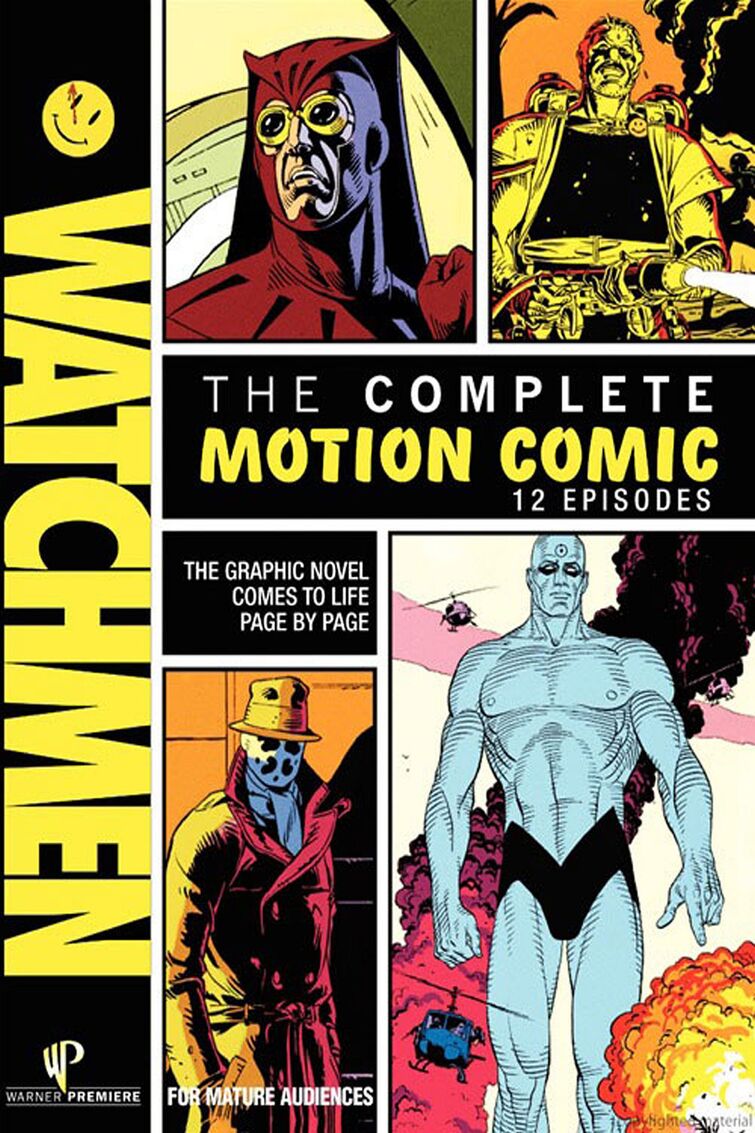 Each episode ran from twenty-five to thirty minutes, every character was voiced by Tom Stechschulte, and the music was composed by Lennie Moore. This is the soundtrack: https://youtu.be/pS0r9S6HrEw Enjoy!

Does the HBO series have contradictions with the Before Watchmen comic? I typically place Before Watchmen with Doomsday Clock, but I'm curious about whether it can fit into the rebooted continuity of the HBO show and Rorschach.

If so, I'd like to hear the contradictions to see where they differ. I just don't remember any contradictions beyond from the name of Dr. Manhattans father, which could technically be excused.

In case you missed it, Fandom has been celebrating Black History all month long, from blogs to social posts to roundtable discussions, and it’s been wonderful seeing so many communities get involved. To close out the celebration, we have one final surprise in store that might be of interest for this community!

Fandom will be hosting a panel discussion - Black Voices & Content in Genre IP - to celebrate Black culture and representation in entertainment, and we would like to invite you all to attend and participate! This will be an open, in-depth discussion spotlighting the journeys of Black creators and innovators in TV, comic books, stage, and film.

The panel will consist of Sanford Greene, the Illustrator behind Image Comic’s Bitter Root, which is soon to be a movie helmed by Regina King and Ryan Coogler; Steve Harper, Co-Executive Producer for Stargirl; and Cameron Johnson, Co-Creator & Executive Producer of Tom Swift. It will be moderated by Joelle Monique, an iHeartRadio Executive Producer & Entertainment Writer.

You can watch the livestream on our Twitch channel on Monday, February 28th at 12PM EST. If you can’t attend live, don’t worry! The VOD should be available at 1PM EST when the panel is finished, so you can check that out whenever you get a chance.

Hope to see you all there watching and chatting with us! 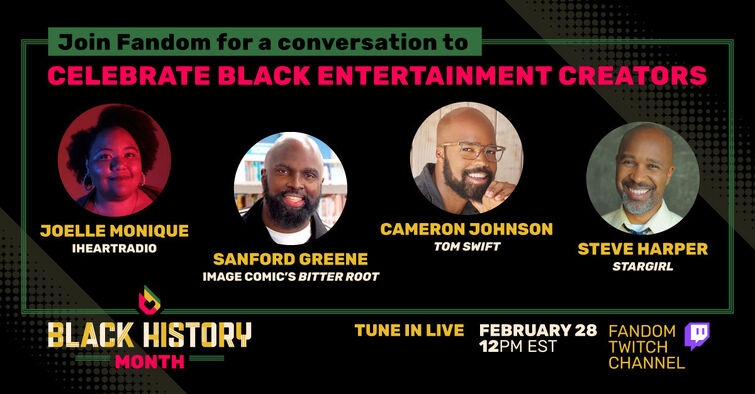 Not sure Superhero status's for watchmen like avengers but definitely HANCOCK is Toystory of THE SUPERS. Also Dr. Manhattan is more Cosmic/Astral than super. Where is creator now. Dark ages still had comics and the original Hero is said to be HOWL but rumor. COPYRIGHTS and Trait defections make a Super or is it 1 recorded "stroke of genius".

Let's go back to the 2009 movie "Watchmen" and remember that before the ending, Dr. Manhattan killed Walter Kovacs (Rorschach) because he threatened to tell all people that Ozymandis framed the doctor. But what if everything was different, for example, the Doctor teleported Rorschach to another dimension, to which he was going to teleport himself, and he said that he would return him when the time came. That would be a good idea for a TV series, what do you think?

Is that true that we didn’t know that Dr. Manhattan was the one behind The New 52 until 2016? P.S. I prefer responds and no upvotes, so please, give me responds instead!!

This wiki needs to be fixed to reflect that; I have absolutely no idea how it could have come to be that someone in charge saw fit to prioritize a derivative work over the original masterpiece itself.

Like, stuff like "Hooded Justice" redirecting to what is strictly a modern revisionist reinvention of the character is just insulting.

IMO the main character pages should ONLY cover what Alan Moore originally wrote, with three types of sub-pages for the movie, the DC comics (Before Watchmen and Doomsday Clock) and the TV series, but if any of those should be conflated with the original continuity, it's the comics.

Question! It wasn’t official that Dr. Manhattan was behind the New 52/Rebirth event until late 2016? Is that true?

Or is the scene where Ozymadias pretty much shits himself in the jury scene destroy his character for you?

This is probably an unpopular opinion but I think it was a mistake to make him a character, I dont quite get what alan moore was trying to do with that character, its not even the somewhat unrealism of the character but he doesnt seem to fit with alans agenda of wanting to destroy the notion of the costumed hero cause dr manhattan doesnt have a costume for one, secondly he isnt exactly a hero and thats the other core problem, he practically does nothing important than kill rorscach which could have been done by veidt or someone else. I hate the trope of an omnipotent or near omnipotent being who does nothing but just stands by and watches, if its alans way of criticizing god then he could have done so without manhattan and mission accomplished cause gods existence would have been vague but they actually make the closest thing to god a character and it just doesnt mesh with the grounded reality of the other parts nor does it make sense logic wise. 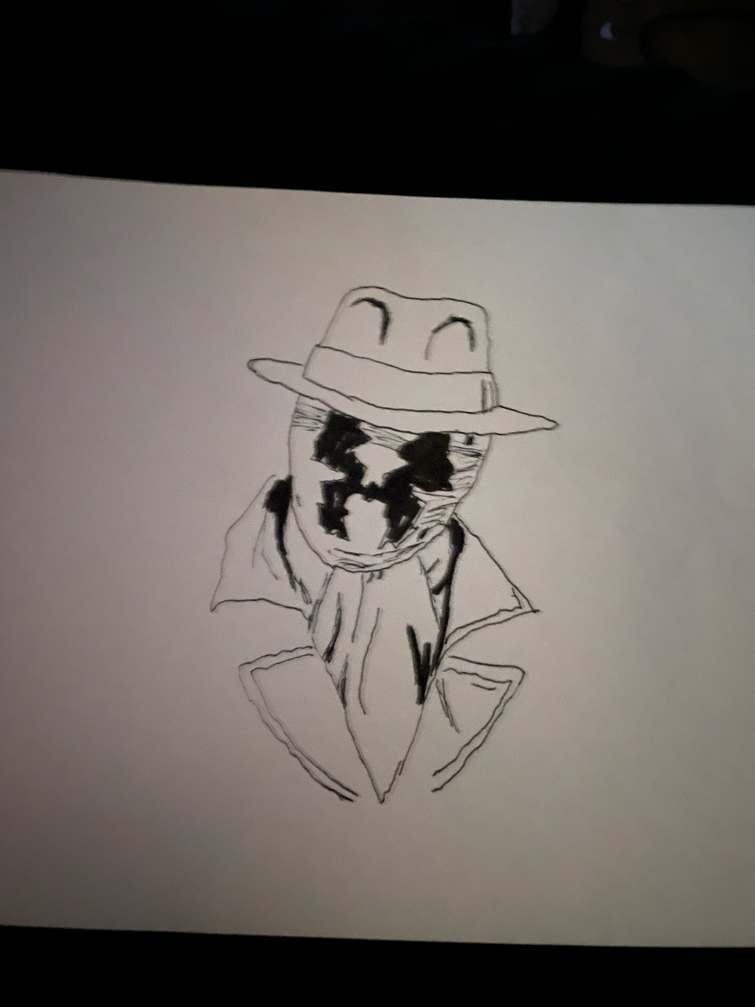 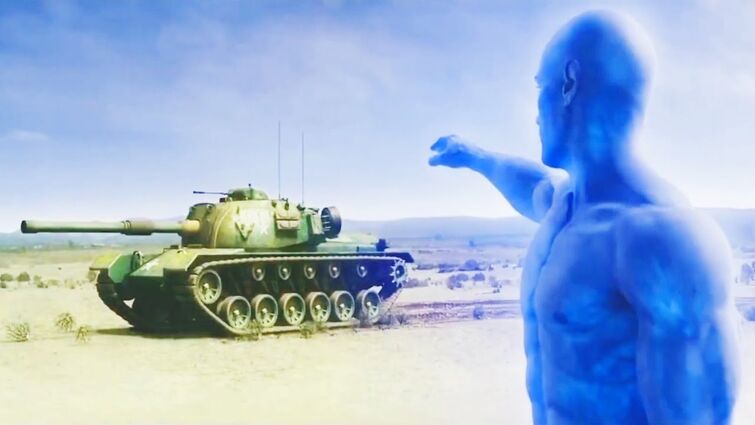 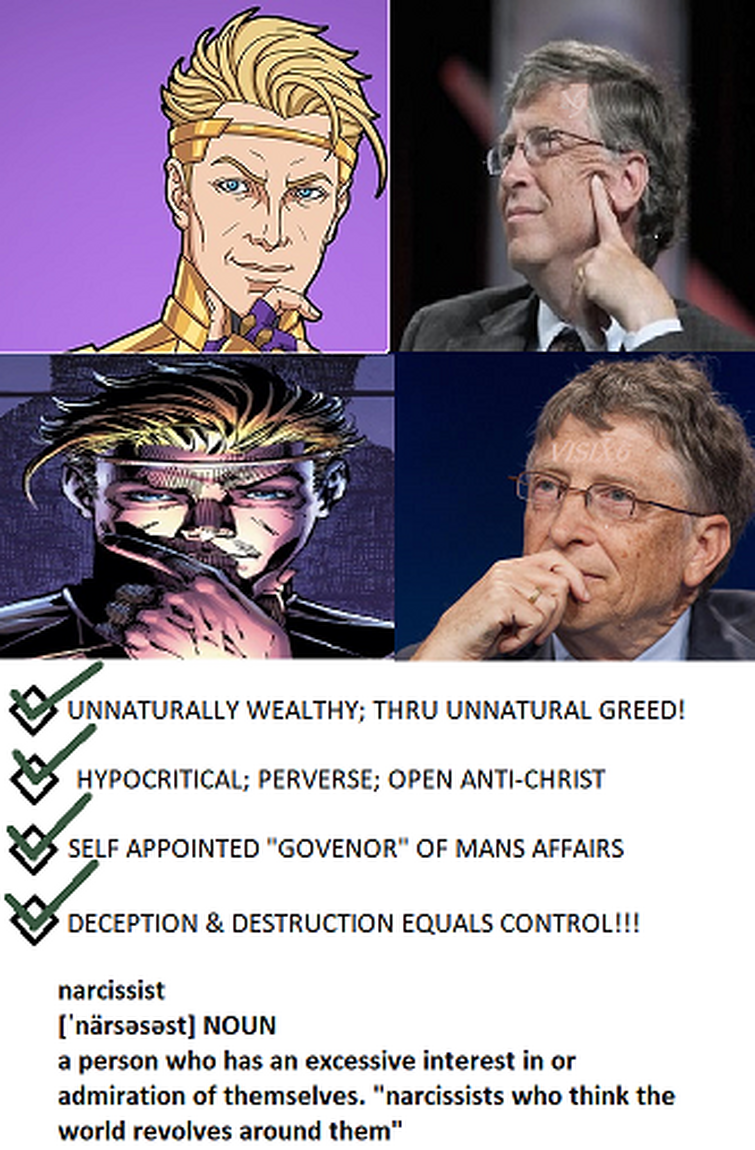 Since HBO made the TV series, HBO Max would be stupid not to create an animated series about the Minutemen! what do you think? (Check the tags for characters that would appear)